YDG Delegate and Co-Chief, Emelia Appiah Minkah reflects on an article by Belay Begashaw titled Africa and the Sustainable Development Goals: A long way to go

In the quest to combat global challenges and set a blueprint to achieve a better and more sustainable future for all, the 17 Sustainable Development Goals (SDGs) gained acceptance by all states under the UN. However, these goals beg the question whether it is indeed achievable by all. Whether or not these goals are attainable, Belay Begashaw in his article “Africa and the Sustainable Development Goals: A long way to go” explains this subject extensively.

Belay Begashaw argues that the globe is characterized by countries with differing economies: developed nations, developing ones, and the underdeveloped. Hence, despite progress toward the SDGs, developing and underdeveloped regions like Africa continue to lag behind most of the world because minimal progress has been made on some of the goals and in some instances, there is complete stagnation.

According to Begashaw, with 11 1/2 years to go, Africa is relatively on track to meet just three goals: SDG 5 (gender equality), SDG 13 (climate action), and SDG 15 (life on land). He goes ahead to state that only North Africa countries amongst other African countries are likely to meet many of the SDGs. Begashaw mentions Africa lacks structural transformation as a result of economic and human development factors to achieve these global goals. He also mentions that Africa has data representation issues since a holistic review of SDGs over the last three years was not possible given that inconsistent and not enough data exists. Additionally, Begashaw mentions the precedence of national interest over global affairs as a limiting factor for the realization of the SDGs.

Begashaw’s article presents a solid case on some of the factors that have made the SDGs a pie in the sky in Africa. However, he fails to mention some of the continental efforts Africa has made to achieve these goals. Countries like Uganda, Togo, Sierra Leone, Madagascar amongst others have taking steps to translate the ambitions articulated in the 2030 Agenda into tangible national context. Other partnerships have been made on the continent to achieve these goals. Also, other unforeseen and uncontrollable future events like the current pandemic, has generally slowed or halted progress. Begashaw does not also provide any solutions for the issues he raised.

Regardless, in agreement with Begashaw, Africa is far from achieving the SDGs. It is right to consider that it has taken countries sixty plus years of independence to build an economy which is still nowhere near that of a developed one; meaning there is little to no chance of any great transformation within the short period of fifteen years as proposed by the SDGs. Besides, in Africa, many leaders are already pre-occupied with political thirst and will do only things that guarantees the retaining of power in their various states. These in addition to the reasons Begashaw raised are why the SDGs seems impossible to be achieved in Africa.

In conclusion, Africa needs to double up her efforts in achieving these global goals because Africa’s failure to attain the SDGs will have implications everywhere on the planet, since some SDGs possess a transboundary nature. Achievement of these goals will also speed up development on the continent. 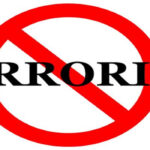 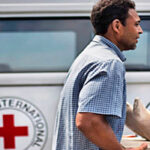 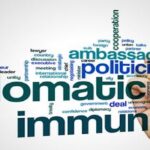 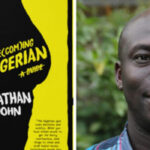 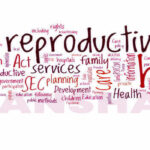 « Diplomatic Immunity: Power to get away with murder?
The ICRC and International Humanitarian Law »